The Art Bible Child (ABC) Foundation is committed to spread the Gospel among children in underprivileged situations with translations of booklets from the series ‘What the Bible tells us’ illustrated by the artist Kees de Kort. The missionary and book ship of Operation Mobilisation (OM) the Logos Hope reaches approximately 200,000 children each year. Children and youngsters have always been important for OM. Did you know that 85% of all Christians make their choice for God and come to their belief in Jesus Christ before the age of 15? 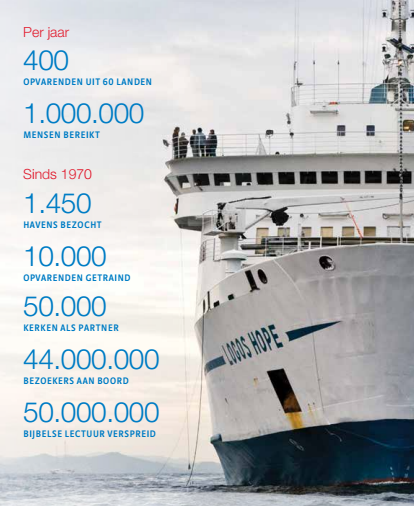 OM Ships want to bring knowledge, help and hope to the people of the world. Each two or three weeks the ship will visit another harbour. The biggest attraction is the book market with more than 5,000 educative and Christian titles. In addition the Logos Hope teams will go ashore to provide help and spread booklets and magazines. Logos Hope is part of the worldwide missionary work that OM started in 1970 with the Logos. After the Logos, Doulos and Logos II, the Logos Hope was launched on February 19, 2009 as fourth ship of the OM fleet. Since 1970 more than 45 million people in 1450 harbours of 151 countries have visited the ships of OM. On board a crew of 400 volunteers from 45 different countries live and work, including several professional seafarers.

Art Bible Child and Kees de Kort 
Generations of children grew up with the expressive drawings and paintings of this artist from Bergen, the Netherlands. The ‘Kijkbijbel’ (‘visual Bible’) is one of the most read and appreciated Bibles for children. Art Bible Child has been active for more than 30 years in publishing the stories from the series ‘What the Bible tells us’ in several languages and in small format. Worldwide, ABC was able to distribute some 750,000 of these booklets among disadvantaged children. The booklets of Kees de Kort are not unfamiliar to OM Ships. Short sentences and expressive drawings contribute to the imagination of many children worldwide.

The story of Sarah
A Logos Hope team took a children’s booklet in Tagalog, on of the languages spoken in the Philippines to the Marikina Christian Integrated School. The team did a nice programme and Sarah Vos from Holland gave 200 booklets to the children, 5 to 12 years of age. After the programme, one of these kids gave her a note with the following message: “Sarah, I love you and God loves you too.” “That was so sweet,” said Sarah. “I placed the note above my bed in my cabin. I feel so very thankful by this school visit. Maybe I’m more blessed by the children, than they are by me.” 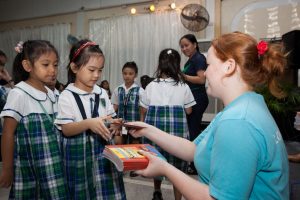 Hope for Latin America 2017 and 2018
OM appreciates cooperation with organizations that can provide OM with materials. As Logos Hope receives an enormous amount of visitors, the booklets of ABC are very welcome. With a large number of personal donations some 17.000 ABC booklets in French, Spanish and English were shipped to Latin America. Part of the booklets were given to children in orphanages, schools, Sunday classes, during outreaches on the street, etc. Other titles were sold for a small fee at the book market. Logos Hope does not aim for making profits, but long-term experience has proven that appreciation is higher when a small fee is asked for books. But of course, many of the booklets were distributed for free, either directly or via organizations that spread the Gospel among children. 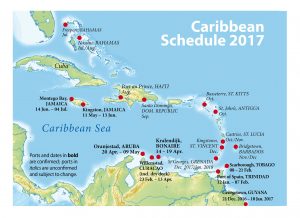 Eye-opener
A recent Operation Mobilization activity has shown that ABC booklets can sometimes play a remarkable role. The missionary organization visited Durban (SA) in 2016 with a Dutch team. See the video report of the trip to Africa 2016 : www.omships.org/to/africareport

Part of the team dealt with visual handicaps. Afterwards the treated people surprised themselves by being able to read the ABC booklets, demonstrating their regained eyesight.  (see picture)

In this way the Durban people received new vision, both physically and spiritually. Thank God who gave a wonderful opportunity to bear witness of his Son Jesus Christ! 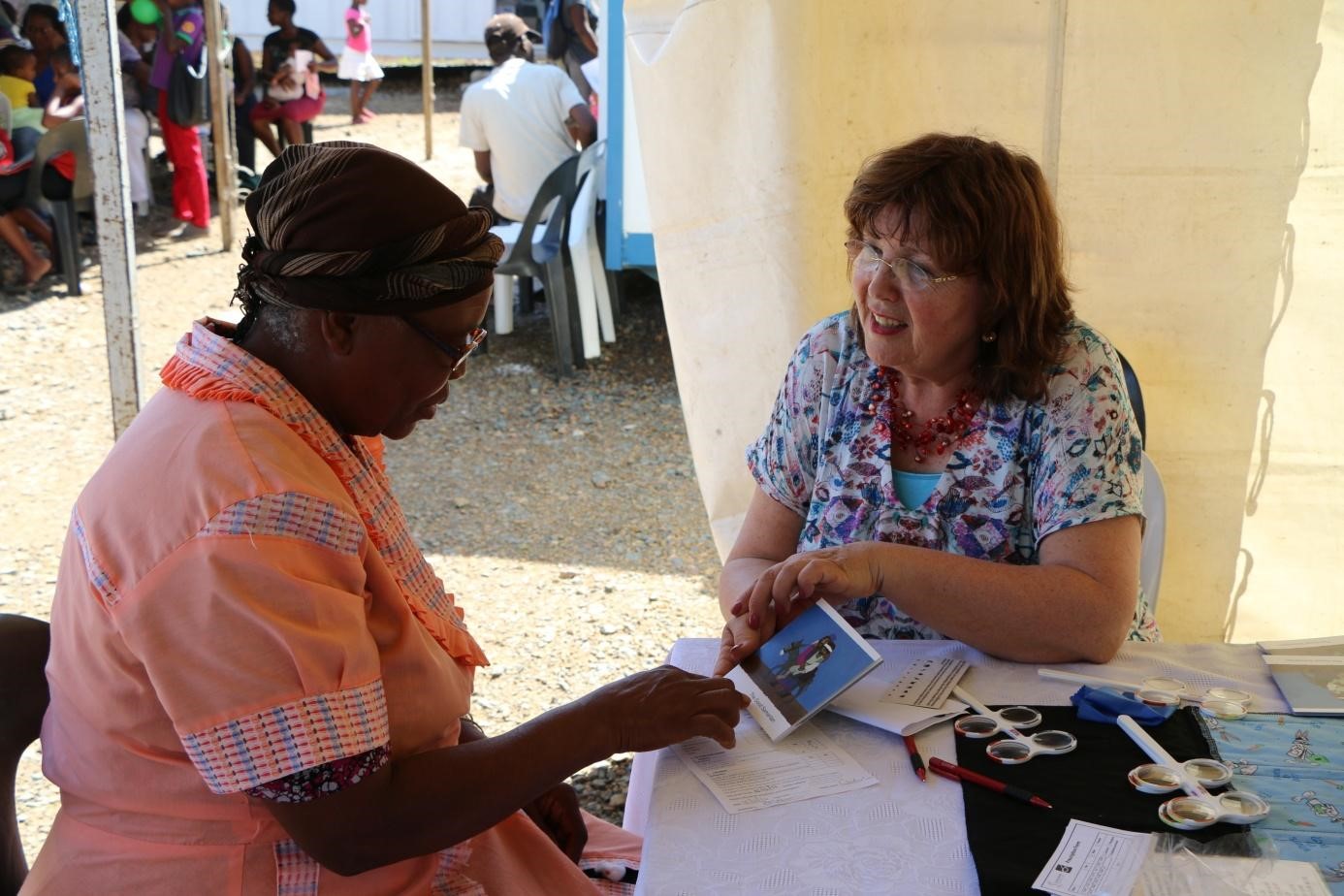